One town's efforts point the way to a cleaner future.

The business card handed out by Kazuichi Kasamatsu, the mayor of rural Kamikatsu, a town in Tokushima Prefecture, was unusual. The back of the card was covered in orange patterns. "I had my cards printed on a used calendar," he explained.

Tayoko Nakayama, a 74-year-old resident of Kamikatsu and a member of a recycling ¬promotion group (1) 50 or so homemakers, is committed to a goal of zero waste and 100-percent recycling, if any. Her garbage disposal unit is slightly smaller than her washing machine. Using the machine, she recycles her kitchen garbage into compost for (2) her field and garden. All the town's 860 households have garbage disposal units, courtesy of a subsidy program operated by the municipal government. Kitchen garbage is not considered trash but a precious resource.

Residents who have items they can't dispose of themselves can go to the town's only garbage collection site. With no vehicles for refuse collection public services coming, waste from households of elderly people and those who can't drive is picked up by neighbors or members of the recycling group.

Recycling waste into resources requires (3) sorting. Upon proposal of Kamikatsu residents, the number of trash categories steadily has increased and has stood at 34 since two years ago.

The categories include batteries, fluorescent tubes, (4) chopsticks, caps from plastic bottles, and oil waste. Glass bottles are separated by color.

Old futon are refashioned into zabuton floor cushions by oldsters who are proud of their skills. Late last year, cushions made of recycled futon were delivered to all 152 houses with senior residents.
Currently, roughly 150 kilograms of garbage per person per year is (5) in the town. That is one third of national average. Eighty percent of the waste is recycled.

The volume of waste trucked out of the town for incineration has been cut by half in just four years.

In the 1990s, burning garbage in fields or dumping waste illegally was not uncommon in Kamikatsu. The municipal office started receiving complaints from residents about air and soil pollution, and officials (6) the current attempt of thoroughly reducing waste as their last-ditch (7).

Initially, town officials were worried about a (8) from residents because of the increased (9) imposed on them. But it was needless worry.

"We want to leave a good environment to our children and grandchildren," says Nakayama.

For a long time, the central government focused on the incineration of garbage to prevent the spread of infectious diseases.

This thinking was at the heart of the public cleansing law enacted in 1954. But years of heady economic growth had not only created illegal dumping but also a badly contaminated environment around garbage incineration plants. With (10) of the waste disposal law in 1970 and its revision in 1991 the government's main concern is now to reduce waste itself.

The overall amount of waste in Japan has not decreased. But the city of Nagoya, confronted by serious dumping (11) shortage, halved the amount of landfill waste in five years after starting a determined collection drive of separated waste.

Nagoya's experience shows it is possible to reduce waste in large cities.
A series of laws has been enacted to impose a legal (12) on manufactures to recycle products, from packages to home electrical appliances. The new law for automobile recycling came into (13) at the beginning of the year. The Toyota Motor Corp. group's cutting-edge plants (14) an 88 percent reuse rate. The next goal is 95 percent recycling.

Kamikatsu has declared it will reduce waste to zero by 2020. This is not hot air. The town's waste reduction crusade points the way which should be followed by Japan as a whole which looks as if it were going to be burried in piles of waste.

Q 1: What impresses you the most in this passage? And why?

Q 2: We are facing several environmental problems. Give as many problems as possible.

Q 3: What is your proposal to make the situation around us better and leave a better environment to the next generation? Answer this question in your essay. 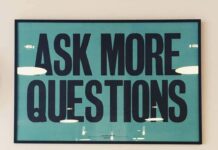